We are excited to be listed among the Top Companies to Work For in Utah by Utah Business Magazine for 2015! There are many tremendous companies in our state, and that list gets longer every year. To be among those awarded, as a runner up, is a credit to all of those who dedicate their days and careers working at Bear River Mutual, to all of our partners, and especially to those we serve each day.

You can see all of the winning companies here

Bear River Mutual Insurance Company was named as one of the nation’s top 50 performing property and casualty insurance companies by the Ward Group from 2008 to 2013. The Ward Group is an operational consulting firm and provider of benchmarking and best-practices services to the insurance industry. Bear River was the only Utah-based insurance company included on the list.

Each of the top fifty companies is awarded the Ward’s 50® Seal and their names are listed as the Ward’s 50® Top Performers for the year. Each Ward’s 50® company has passed all safety and consistency screens and achieved superior performance over the five years analyzed. 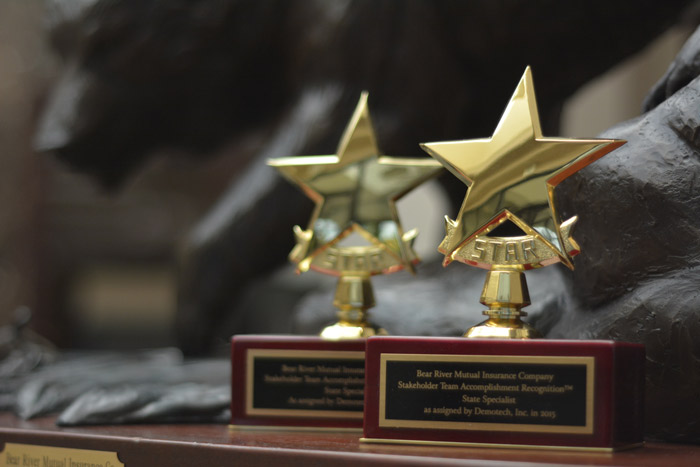 The STAR (Stakeholder Team Accomplishment Recognition) Award, developed by Demotech, was designed to recognize insurance companies that satisfy ALL stakeholders, not just a single segment of interested parties. In general terms, the award is designed to recognize top achievement in stakeholder satisfaction, financial stability and profitability. To earn the 2015 STAR Award, Bear River Mutual had to demonstrate beneficial  statutory financial results for the following:

Over 2,600 insurance carriers across the nation were reviewed for this award – only 1.1% of Property and Casualty insurance companies met or exceeded each of the stakeholder criteria. Bear River Mutual was one of the elite few for the second time in as many years.

Community
Bear River Mutual Insurance Company and its employees are committed to giving back to the community. Throughout the years, Bear River has donated time and money to worthy causes around the state. Read More 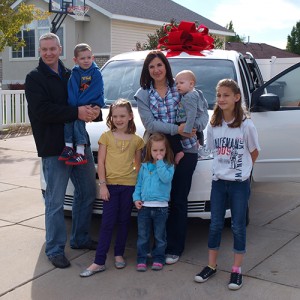 Bear River Mutual is part of a tradition that began in 1752 when Benjamin Franklin founded the first mutual insurance company. Learn how being part of a mutual company helps all of our customers. Read More